Home  Releases  You Make Me Feel

You Make Me Feel 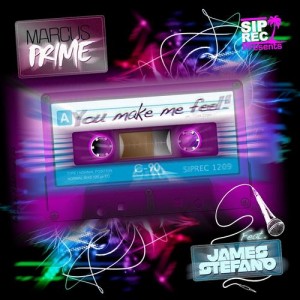 Marcus Prime, born in Sweden and raised partially in the US, comes from a pop/singer-songwriter background and landed in the house scene 2010 when his first single “Hybris” was released. The track got amazing feedback and thanks to BeatMyDay.com (worlds biggest house blog) the track got spread all over the world. After letting the hybris settle a couple other releases reached the dance floors.

Contacted by EMI Sweden, Prime was picked to remix danish superstar Medina and her track “For Altid”. By this time Marcus had already gotten support by acts like Tiesto and NERVO after his two remixes of the NERVO-twins tracks “Irresistible” and “We’re All No One”. Pop-star and Swedish vocal-wonderwoman Veronica Maggio had her track “Valkommen In” remixed by Mr. Prime as well. This also had an amazing spread online.

The vocal version of ‘Zero 76’ gave James Stefano so much attention at that moment that he decided to give it a shot as a MC/Vocalist in the electronic dance scene. He received a lot of requests from deejays & producers from all over the world that wanted to work with him. This has also led to many booking requests to rock several clubs as a MC in Europe.