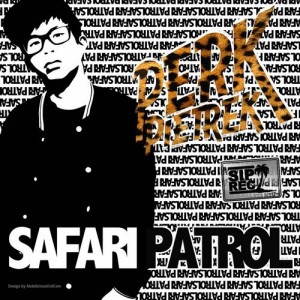 Perk Pietrek’s “Safari Patrol” is the perfect combination between Swedish, Dutch and Tropical elements that makes this tune flabbergasting and unique which fits perfectly for our strange label!

The Swedish house synths in the bridge conveys a moment of majestic and awe for the size of the safari as well as the nature of it. The Dutch synths brings in that danger feel to it because everything needs to be balanced.

Formerly known for his turntable antics and battle disses, Perk Pietrek started off learning to dj at the age of 13 but things only picked up 2 years later when he entered the dj battle scene. Managing between practice and school, little did he knew that he would end up becoming a 6 times dj battle champ as well as the vice champion for the Singapore DMC DJ Championships 2010 by 16.

Despite being 19 years of age only, Perk Pietrek has already worked with worldwide artists like Adam Bozzetto, All Guns Blazing, Roulet, Youri Pete, Zee Reach to name a few, headlined shows and festivals along with well known acts like Bassjackers, Angger Dimas, Sidney Samson and more.

Are you ready for “Safari” Patrol on SIPREC?