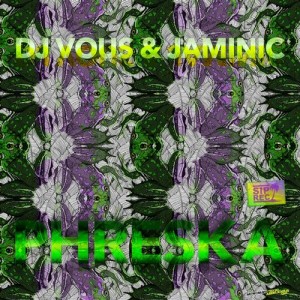 DJ Vous aka Evan Langley has been a lifelong musician. But things wouldn’t become interesting for Evan until he entered the Boston EDM scene after graduating from Berklee College of Music in 2008. First establishing himself as a multi-genre vinyl DJ, Vous soon discovered and embraced the sounds of Dubstep and Disco-House music, a taste which would evolve over the following years into a unique sound that is both focused and without boundaries.

JAMINIC aka Gregory Nickerson began his career in his early teens spinning vinyl & CDJs, then went on to study Audio Production & Technology. It was then that he developed his style of house with elements of deep, tech, progressive and tropical rhythms that brings out a feel-good atmosphere. Vous and JAMINIC met through mutual friends, and found a common ground in production. They combined their influences to create groundbreaking material.

SIPREC proudly presents Phreska, a tune developed into a season long adventure in the recording studio, as each section became its own unique & delicate process.