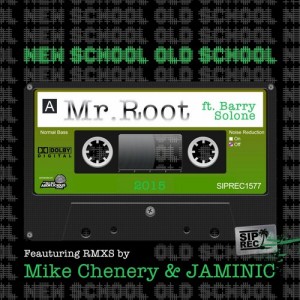 A truly versatile artist, DJ, producer, songwriter and performer. Mr.Root is a man of many talents. With recent releases and chart topping remixes on such labels like The Groove Society (Dubai), Clubland Records (Germany), Ibiza Casa Records and many more, Robert (Mr.Roots real name) knows how to fire out a club banger.

From his residencies in Polands top clubs Enklawa and Bank, awesome performance at The Lost Society Club in Dublin for the new Irish Re:Inspired party brand to the recent guest set for the new Pacha franchise, Mr.Root is on the rise in the club world!

With a massive support by the big names in the industry such as Mark Doyle (the creator of Hed Kandi), Jerry Ropero, Carl Cox, Jim Shaft Ryan (Miss Moneypennys), Bassmonkeys and many others, there is no mistake that Mr.Root firmly proved his position as an established and talented producer and DJ in the club scene

Barry is a singer/ dancer and choreographer/ actor from NYC , who has performed extensively both in musical theatre and with several cover bands, both in New York and in Europe. Since 2007, he has cooperated with european DJ’s including Jamie Lewis (Purple Music) Alfredo Alzetto, Steffan Thorsell and others as a featured vocalist, Live Act and as co- author of singles My Soul is Rising (MoD records), We Can Change it (Purple records) and Better Way (Purple records). With new releases on the way in 2014, Barry is about to reveal much more of his vocal dynamic, range and style to global Club and Dance markets.