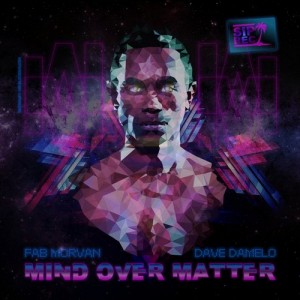 Millions know Fab Morvan as one half of the famous duo Milli Vanilli (30 Million Singles and 7 Millions Album sold, topping the US chart with 3 number 1s, number 2 and 4). But just a few know about his involvement as a singer songwriter with Electronic Dance Music.

With a strong single like  Mind Over Matter” we came up with an idea to generate 4 quality remixes based on different genres by asking everyone we knew in our network we thought could make the difference.

After a strong preselection of 20 artists which we gave the chance to do an official remix we’ve still had around 10 remixes at the end of the road. We strongly think these 4 remixes are the best in their genres and will give you the chance to make one of these remixes one of your favorites this year.

Bombasquad takes Trap to another level, this time they asked Ben wasted to bring some edgy rawness which makes this remix an absolute musthave for everybody who love massive drops and the dubstep-ish sound of 2015!

Michel Lima flips the tune upside down and creates an uptempo vibe which give you directly the feeling you need to go out instead of watching a boring movie on TV. The drums, kicks and especially the vibe will take you to the next level of Future House.

UKs finest Miss Mavrik collaborated with EQO and LBS aka. London By Sea and came up with a smooth, clear and touching remix throughout the whole ride, not to mention a looming bass-line that seems to change the landscape of the song as it progresses. It evolves and pulses waves of emotion at every turn, especially when the percussion finally creeps in and vacuums the air from your lungs. Three distinctive musicians from very different backgrounds coming together beneath one pretty impressive remix giving listeners a taste of alluring and satisfactory music and deserve a listen.

iTMO is on fire with his  Mind Over Matter” remix and is one you definitely need to have in your  Drum And Bass” collection. This guy is from Holland and he knows how to brings the dirty sound in all his productions.

We, … Strangers in Paradise and Fab Morvan are proud to treat you with these remixes which hopefully takes you on a musical journey through different soundscapes of several genres instead of only Progressive House the whole time.