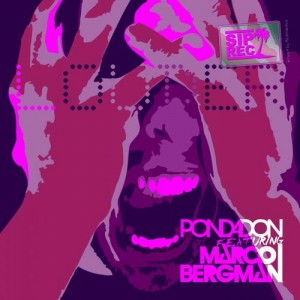 Electro house has been gaining momentum for several years, but 2013 is the year it finally exploded. Dutch duo/collective Pondadon joined forces with Marco Bergman and created in our opinion ‘the’ festival smasher for this upcoming summer. Are you ready for some energetic, pumping electro with heavy basslines and a beat that will blow up your speakers? You’ve been warned!

Pondadon (Jef Desa & Gary Baldi) are dedicated to conquer the world with their refreshing house music. Jef & Gary are not only known by their producing skills, but also by playing decks with tremendous energy. With their first release Pilot Pitch on Soundchicken their career started off and popularity grew instantly.

Using a combination of techhouse, progressive and (electro)house Marco Bergman has rocked many dance floors. Because of his residency at Lorre (Delft) he gets asked for many student parties. Marco has also been asked to perform at several known Dutch radio stations like Veronica (V-Radio), Stadsradio Delft and Eclectic Radio.