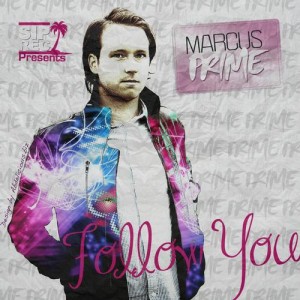 Producing for many years, the Swedish Marcus Prime has got the support from many producers such as NERVO and also Tiesto for his nice unofficial remix of Irresistible originally produced by the two Australians sisters.

Marcus Prime also produced another nice unofficial remix of We’re All No One, still from the Nervo’s sisters. Very productive, Marcus Prime has given many tracks for free such as For Altid Remix or also Valkommen In Remix. Now it’s time for him to introduce to you his new release on Strangers in Paradise called “Follow” You featuring Niklas Ljungfelt. Remixes are done by Maroy, Robby East and UK talent Azeo.