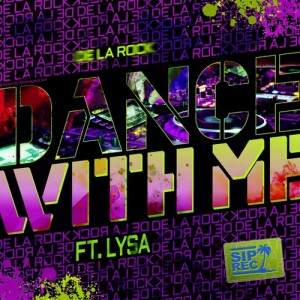 De La Rock’s debut on SIPREC is already one to remember, with heavy hardhitting remixes by the one and only Ron Carroll, 1st Lady of House Carita La Nina, Andy Callister, iTMO versus Bombasquad and Remix Heavyweight Melvin Reese promises to be one of Strangers in Paradise’s biggest releases in 2015.

De La Rock’s “Dance with Me” features the beautiful voice of Lysa and is all about that hard to get attractive eye catchy look you have on your radar from the moment you walk into a club! The more you keep an eye on that person, the more you want to get in contact. ‘Dance With Me’ is the summer track you’ve all been waiting for.

De La Rock’s passion for music goes back to his childhood, as a young boy he watched his father’s and uncle’s performances. He started to spin in small clubs where he drew a lot of attention due to of his energetic performances. After several years he got his own studio equipment and started making his own productions. This was so successful that in no time he realised his first release. De La Rock performs at all kinds of well-known locations like Escape, Club Home and Supperclub in Amsterdam.