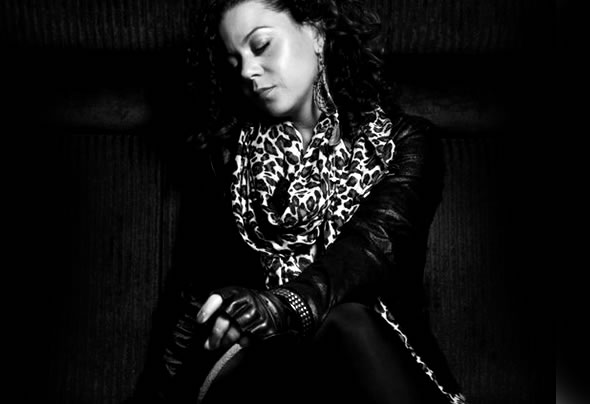 Melissa Fortes was born and raised in Rotterdam, The Netherlands. As the daughter of a Cape Verdean father and a Dutch mother she has been blessed with the beauty of being brought up in two different cultures. This is something that has influenced Melissa in her music and her theatre career. Music and theatre have always been her first love. As a professional singer she has been active for over 9 years and she has performed on stages all over the world. Angola, The Cape Verdean Islands, Mozambique, Italy, France, Luxemburg, Switzerland to name a few.

Melissa is a very active backing vocalist. She has performed with famous Dutch reggae artist Ziggi, popular Cape Verdean groups Livity, Splash and upcoming artists The Fifth and City Safari Blue. Performed with Neco Novellas, an artist signed by music label World Connection, she has been on national Dutch TV shows Raymann is Laat, Goedemorgen Nederland and Vrije Geluiden. Recently Melissa has been discovering new avenues, as vocal MC she warms up the sounds of the DJ at eclectic dance events in de Holland club scene.

With various producers at her side Melissa is currently working on her own songs. “Making music is what I love the most, I always put my heart and soul in it” Her music is a mix of warm African sounds, strong Cape Verdean/Brazilian influences and a dash of neo soul. She is also discovering house music and broken beats. Her music is filled with sounds of her past and present. As of 2007 Melissa has been active as a professional actress and drama teacher. Working for Dutch theatre groups Siberia, Rotterdams Lef, Rotjong and 100% Cabo and by teaching she tries to share her passion for theatre with others. In 2007 she made a bold move and gave up her steady job as a social worker to step into a new world. Even thought the road is tough, she has no regrets. She wants to inspire people with her skills and trigger them to go for their dreams like she did.

“Life is too short, so enjoy it!” Melissa Fortes