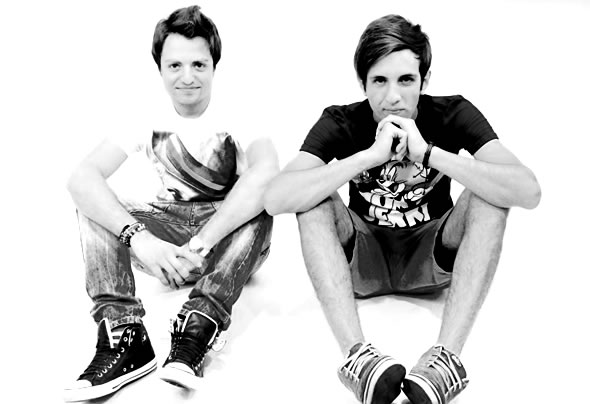 The Italians DJs-producers “Bisbetic” artistically borns in 2010 from the merger of ideas of Alfio Bonanno & Riccardo Puglisi. The name “BISBETIC” comes from the search for strange and unusual sounds. That crazy Italian Dj-Duo Started to get noticed within the Italian clubs for their positive high energy on stage. In 2011 opened his own studio “Bisbetic Home”.where all their ideas are born always looking for a sound that makes people dance and have fun with their big room sound with massive bassline.
In April 2011 was release “Open your eyes” new single by international dj Maurizio Gubellini, that’s includes also Bisbetic remix, played in many radio and clubs.

During the ADE 2011 Bisbetic make their first appearance in the Dutch clubs (Escape Amsterdam) and aftern that they never stop to play their music around the Europe also thanks to the supported of Nope is Dope Agency of wich are part from the 2012
The new Bisbetic tracks are more and more appreciated into the global house scenes,
enough to take the attention of number one DJ in the world “David Guetta” that play during his dj radio show and dj set their tracks “Crooked Brain”, “Reboot” and “Lizard”, this last track released on the main Dutch label “Spinnin Records” and supported also by Sander Van Doorn,Diplo,Abel Ramos,Amo&Navas, Robbie Rivera,Bobby Burns,and 2 weeks in the important Buzz chart ,allowed to the two young guys to be known more quickly .

They are reay to be submitted in to the top of the global dance scene with their unmistakable sound with wich they will make you dance during their Dj set.Also Steve Aoki like their sound , infact new Bisbetic track coming up on Dim Mak this autumn! It’s to expect the unexpected!